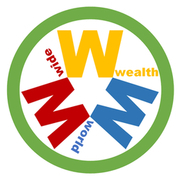 All people are full.

Anything is possible. With GlobalOnomy. Right now!

No hunger is the second – probably second most important – goal of the 17 major sustainability goals of the United Nations*1.

Today, however, 5 years after the decision, the hunger is greater than before*².

Only 1 crisis has destroyed everything. sad.

But even if the goal of “no hunger” had been achieved, it would have been due only to the self-created definition of hunger. Because the global trend of the continuously increasing “relative”(!) Hunger is un-broken. Both in international and national comparisons. The rich (countries, organizations, and/or people) are effectively and relatively getting richer, completely full – even more: profligate. The poor are becoming relatively poorer and hungrier – even if they should effectively get “a little” more. The leading politicians from 193 states have not been able to oppose this. Not even wealthy, democratic states with a “social market economy” were able to stop this trend. What a pity.

It is more than a pity or sad. But we look the other way. And close the borders. The additional hunger from collapsing economies and mass terminations of daily (hunger-)wage contracts without any social security is rather not listed anywhere. One could embarrass oneself in his estimation. Or scare the world too much. It is better to mention only the 0.5% of GDP to do only the most necessary. Better to look away.

The vicious circle of hunger.

Hunger is worse than being poor. But the capital-vicious-circles also function as a basis behind the 17 UN SDGs. So, for the 193 decision-making states – especially their rich leaders – the 1st goal “no poverty” was more important than the 2nd goal: “no hunger”. Because “no poverty” can increase the demand desired by capital. “No hunger” – without demand (with purchasing power!) – leads to subsidies and (capital) funds outflow. Capital preservation is more important than life-preservation – at least with the current capital models.

You can be poor without starving. You can be rich, and still starve – especially when the (surrounding) world collapses. At the latest, when you have destroyed the whole world, you will realize that you can”t eat money. Virtual or bubble money certainly even less. And then hunger also reaches the rich world – and leads to chaos there as well. The vicious circles of capital (see last PR report) lead to the vicious circles of hunger: When hunger prevails, one

a. has to work a lot

b. has no time to learn to become better

c. lives from hand to mouth

d. have more and more children because you can’t prevent (lack of money) or it is “forbidden” (faith) or one need more children to survive with more family income (hunger)

e. gets hungrier, as more children means even more poverty in the short and medium term

f. if children have to work at a very early age, they do not achieve a better status

g. if the number of hungry people is increasing, competitive pressure will increase, wages will fall, poverty rise, hunger will rise

h. for a better future, there is no strength (hunger), no time (a lot of work), no knowledge (no money nor time for education) and no freedom of movement (status quo “captivity” – one remains “trapped” in the respective system – also because other systems close the borders).

According to Albert Einstein, “A problem cannot be solved with the same tools that caused it.

” Einstein? astronomy! The universe is the system that exists the longest (13.8 billion years), which has the most “members” (400 billion galaxies a per 100 billion stars plus their planets), which is the largest (50 billion light-years in diameter), which is still growing faster and faster; and which grows with fewer (1 super nova every 100 years) big crashes than the small world of the so-called “Homo-Sapiens” (1 big crisis every 3 years). Why not learn from the universe?

1. Liberte, egalite, Fraternite already existed as targets in 1790. These three top goals of the French Revolution are not presented at all or only in a hint in the 17 UN SDGs from 2016. What a pity. With our GlobalOnomy model, we (also) achieve these 3 goals AND supplement them with “Realizabilite” – with feasibility aspects that the universe is showing us.

2. We eliminate poverty, hunger and more. All people worldwide become rich, full and happy. With “only” one(!) Astronomy “rule” use, we achieve ALL 17 Sustainable Development Goals of the United Nations. And far more than just these 17 SDG minimum targets on a minimum compromise basis! Well before 2030.

3. With 10 other top rules, we consolidate and expand the achievements of the first rule.

4. There will be (soon) only wealthy people, worldwide! And those who are wealthy will educate themselves and can eat and live healthy lives. Epidemics are avoided.

5. There are (soon) only transcendent people left, worldwide! If you do not have to constantly fight for your survival, or don”t have to make a name for yourself (since everyone is rich now), you can take care of others and other things.

6. All people are focused on sustainability. Because everyone is educated – and knows that this world only exists once. And also, because they can afford sustainable products – and will demand and consist on them.

7. We rotate the Maslow pyramid of needs vertically by 180 degrees. All people are so wealthy that they – like the wealthier people of today – can and will take great care of social aspects – and will think and act transcendently. The lower Maslow levels, which in today’s capital models provide for existential and profiling struggles, will hardly exist any more.

8. No wealthy person goes to war – or has to leave his family nor homeland, purely out of need for money.

9. Profiling neurotic, power addicts and/or warlike leaders have no chance with an intelligent and wealthy liberal population.

11. However, the new demand does not go in the direction of cheap/mass-produced goods, but is, as with all wealthy people, very individual. The destructive cheap trend is broken.

12. The rules of constant demand ensure predictability and sustainability. worldwide.

Astronomy-rules will save our world. We have summarized our findings in 3 books (each in German and English): In the GlobalOnomy trilogy:

Further information can be found on https://www.world-wide-wealth.com We would be very pleased about your interest, participation and support.

*1 The 17 UN SDGs are goals that the international community set itself in 2016. This happened within the framework of the “United Nations” UN (United Nations Organization), to which 193 states belong. (The individual targets can also be found on: www.world-wide-wealth.com/engagement ). All these 17 objectives are – with 193 participating states – naturally only a “minimum consensus”, the lowest common denominator, a compromise. And today, 5 years after their ablution,

2. there are only 2 states that have officially named the goals in their budget planning

3. there are no really binding measures – and hardly any effective cooperation

4. there are still no sanctions for non-fulfillments

8. Non-profit organizations, which could extremely help to achieve all these goals, play only a mini-role:

a. Too little donations are made, although (e.B. in Germany): i. 40% of the population (from 14 years) is engaged in charitable activities ii. 7.5% of the working time is used for charitable purposes iii. 18% (600,000) of all “companies” are non-profit organizations

b. The will is there – but is “systemically” blocked by the above-mentioned “capital vicious circles”.

c. We now “crack” the knot: With GlobalOnomy.

For more information on the individual goals, see below www.world-wide-wealth.com/engagement .

*² “Deutschlandfunk”, 19 May 2021, aid organisations warn. Setbacks in the fight against hunger. The consequences of the corona pandemic and climate change make increased efforts against hunger necessary, according to estimates by aid organizations. Last year, the number of people suffering from acute hunger rose to 155 million people in 55 countries, said Mogge, Secretary General of Welthungerhilfe, in Berlin. In crisis areas such as Syria and South Sudan, more than half of the population does not have enough to eat. Terre des Hommes spokeswoman Kötter said that the achievements for children’s rights had been set back by decades. Millions of children were starving, ending up on the streets or having to work or beg for the survival of their families. The children’s aid organization and Welthungerhilfe commented on the occasion of the presentation of their annual report “Compass 2021”.

*4 We have invented the FORMULAS of TIME, SPACE, DARK MATTER, DARK ENERGY, DYNAMIC RELATIVITY, … – and thus solved the mysteries around “DARK MATTER” (23% of the previously unknown forces: Why don’t the planets circulate around their stars faster than they should be able to?) and “DARK ENERGY” (72% of the previously unknown forces: Why does the universe grow faster than theoretically possible?). We are now using all these insights and existing knowledge to optimize our world. See: www.world-wide-wealth.com

world-wide-wealth is the plattform for world wide wealth. We research, invent and use math/physical formulas of astronomy to optimize our globus – via a global consideration of many aspects: Economy & Currency, Knowledge & Wisdom, Peace & Freedom, Prosperity & Health, Common Welfare & Sustainability, Worldwide. For the Wealth of Mankind.