In 1922, Albert Einstein, a German physicist with Swiss and US citizenship, one of the most important theoretical physicists in the history of science and the world’s best-known scientist of modern times, almost moved to Kiel.

Now, a whole hundred years later, Josip Heit, Chairman of the GSB Group, visited the German cities of Kiel and Ulm in January 2022, two places where Albert Einstein worked, whom Heit admiringly describes as a “physicist, genius, pop star of science, philosopher, humanist, worldunderstanding and world-enlightener, and who, for Josip Heit, is on a par with Nicolaus Copernicus, Galileo Galilei or Isaac Newton in the sense of science.… mehr “Josip Heit, Albert Einstein, Blockchain Technology – A Journey to Kiel and Ulm”

The new Rotamat coater with automatic control of the volumetric flow of the coating material. 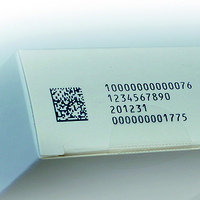 In the life sciences, globally available digital sequence information (DSI) or nucleotide sequence data (NSD) is a crucial building block for research. Knowledge often only emerges through the analysis and comparison of a large number of such data. For this reason, many researchers and science organisations are critical of political considerations according to which free access to these data should be restricted.… mehr “Use of Digital Sequence Information: Traffic-Circle instead of One-Way Street”